Take advantage of your visit to Saint Sorlin d'Arves to discover its cultural wealth. 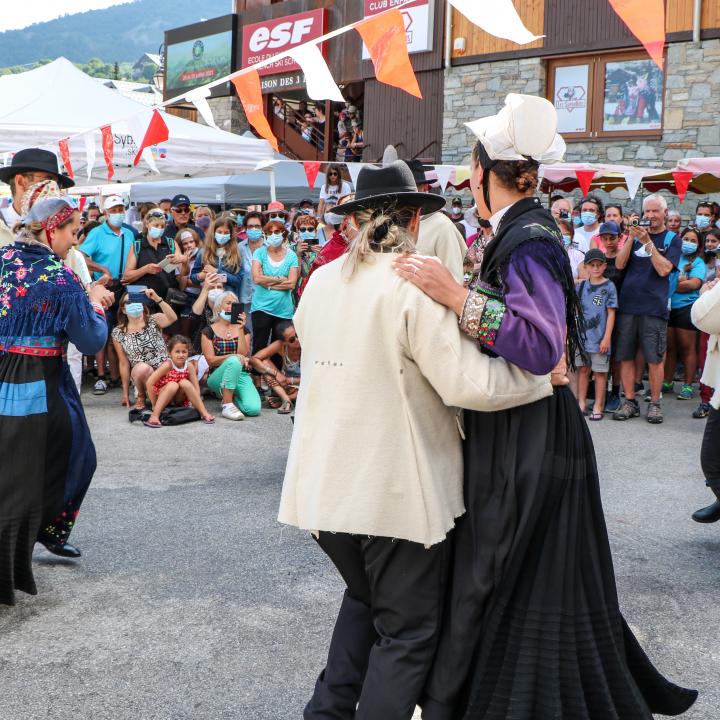 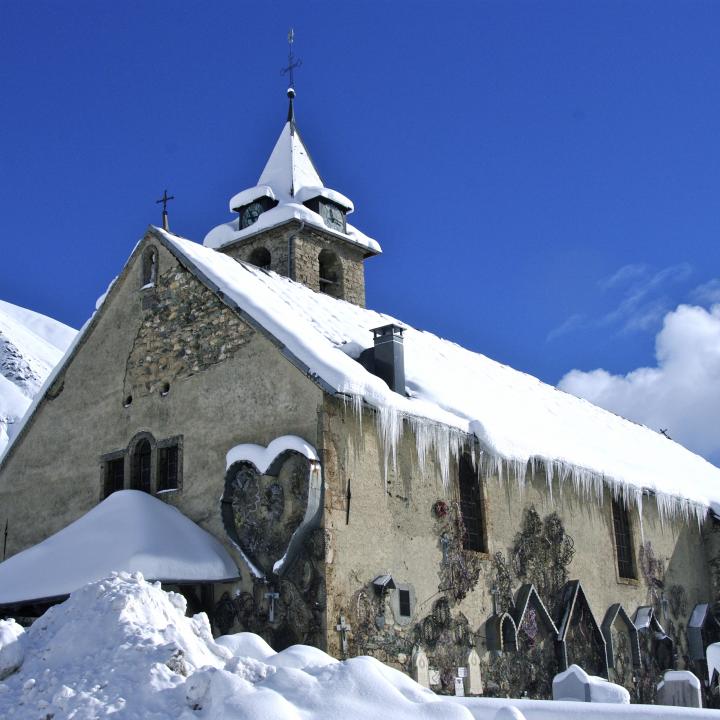 Plenty of Place of Interest

Explore St Sorlin through its landmarks:

Born on May 18, 1914 at Saint-Jean-de-Maurienne (Savoie), Pierre Balmain left home at the age of 11 firstly to study in Chambery, and then in Paris to become an architect, as wished by his mother.
But young Peter had other ideas of his future and had made some drawings for a show at the Lido, where he joined at the Captain Molyneux, the undisputed master of elegance, in 1934.

In 1939 he met Lucien Lelong who offers him a well-paid job.
When the war began, he was drafted in the Maurienne corps. He was discharged in 1940, when he joined his mother in Aix-les-Bains, where she had a shop. He meets the American writer Gertrude Stein and creates some outfits for her modest budget given the shortage.
Travelling through Savoir, Lucien Lelong suggested he returned to Paris. He shared with Christian Dior responsibility for the creation of future collections of the House Lelong. Among his early successes, he made a simple-looking dress which he called "small profit". This famous model of black crape was ordered straight away by 360 customers and was sold out very quickly.

From 1945, Pierre Balmain opened his own shop at rue François 1er. He dressed stars of the theater: Germaine Montero, Marlene Dietrich, Michele Morgan, Katherine Hepburn, Brigitte Bardot, Sophia Loren, Dalida ... and they called on him to create their outfits for royal marriages.
At the same time, he was asked to create uniforms for the hostesses of the Social Security (1964), Grenoble Olympics (1968), airlines from Singapore, Kuwait, Thailand, and the first woman prefect (1974).
His love of travel led him to Thailand where he created  a complete wardrobe for the Queen Sirikit. During a trip to Thailand in 1972, he feels the first symptoms of a illness which would eventually kill him in 1982.

Pierre Balmain probably inherited his love of travel and adventure from his grandfather Alexander Chapman, a native of Saint Sorlin d'Arves,. Proud of his home in the Savoie, he always kept close ties with his family and friends.
His ashes were scattered by his associate Mr. Erik Mortensen in the Combe de la Balme, Maurienne, at the foot of the glacier in Saint Sorlin d'Arves.

At Saint Sorlin d'Arves, men wore a white jacket in wool cloth woven in this country.

The female costume (from the book of ASPECTS)

The traditional female costume is always made of the following parts:

A shirt made of hemp cloth with long sleeves, a single piece of lingerie (??) and a straight neck "band" finely decorated with arabesques embroidered over wire by girls in the Alps. This is the only visible part of the shirt.

The Sleeves made of woolen cloth are separated from the dress, mounted on a yoke of canvas, to give greater ease of movement.

Black woolen dress cloth includes a leotard onto which a very short skirt is attached, which has no equivalent throughout Europe. Made by assembling dozens of strips of cloth (the apponsures) to give the strange form found at the rear with a score of accordion pleats and measuring 11 to 13 cm circumference at the bottom of the party dress.

The Wide Belt original element of this costume found mentioned from the seventeenth century. This strip of cloth army of cardboard box and embroidered ribbons or embroidery is committed to using chains also made up by women.

The Apron, canvas, wool, silk covers the whole front of the dress.

The Beguine , very particularly in St Sorlin, has a cloth cap covered with a thin white starched cloth and held tight to the rear on a frame MÉ metallic shaped horseshoe. A lace forms a halo around the face with 70 or 80 small folds on each side

The Jewelry: a simple ribbon, bead necklace or a knitted silk ribbon adorned with sequins carries the cross silver grille (Christ on one side, Madonna and child from the other) topped with a silver heart.

The walls of old houses were very thick, consisting of two pyramidal drystone separated by a layer of earth for thermal insulation.

Once up a time all the roofs were thatched, however many fires ravaged the villages. Slate and galvanized sheet metal replaced the thatch.

The roof canopy protects large balconies on which piles of wood were used for the preparation of meals. Heating was provided by animal heat.

At the road until fraîtage is the barn that houses the reserves of hay, grain, straw (three tons of hay are needed to winter a cow) .

Barley and rye harvested in late summer fought the scourge in winter (from sunrise to sunset): The threshing floor is in the barn near the door. The pinion is arcosses woven to allow good aeration of the hay.

Rye flour used to make bread in oven once a month, barley was also used in the diet of rye straw was used for roofing, barley straw to fill the mattresses of the beds.

Clothing, salt, cereals and whatever fears humidity were kept in small wooden attics or isolated in rooms equipped with inside barns.